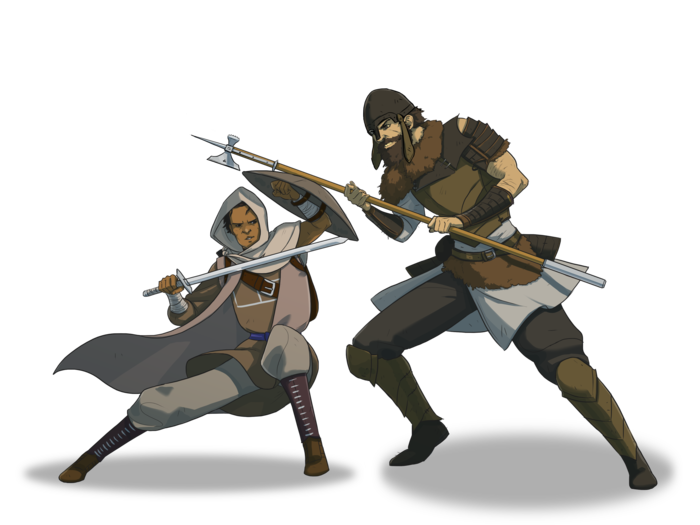 A few episodes back, I mentioned that I had done a little bit of writing work for an upcoming KS project. The project is called Vow of Honor, a new role-playing game by Sigil Stone Publishing, and the kickstarter is now live! Vow of Honor puts you in a world spiraling into chaos and tasks you and your companions with saving it:

The world of Sasara, your home, is broken and depraved. Despots rule over isolated city-states, indifferent to the suffering and squalor of the people. In the shadows of the enigmatic Ruins – the last vestiges of a prosperous era long forgotten – the vile terrorize the innocent few without fear of retribution. Until now.

You are an Arbiter, protector of all that is good in Sasara. Only as you embody the Tenets of Honor will you be empowered to protect the weak, avenge the victims of the wicked, and unlock the knowledge of the ancient Forebears to usher in a new age of peace. Will you take the Vow of Honor? Will you do what is necessary to save your home?

It consciously plays with the tension that arises when you try to live to a code of honor in a morally gray world, so it’s fertile soil for role-playing and high drama. And the PDF looks to be beautiful, judging by those previews! Vow of Honor promises to be a high quality product with a rich premise. Learn more at the kickstarter page. The choice is yours.